Voice, Data, Security in Omaha and Lincoln Since 1999! 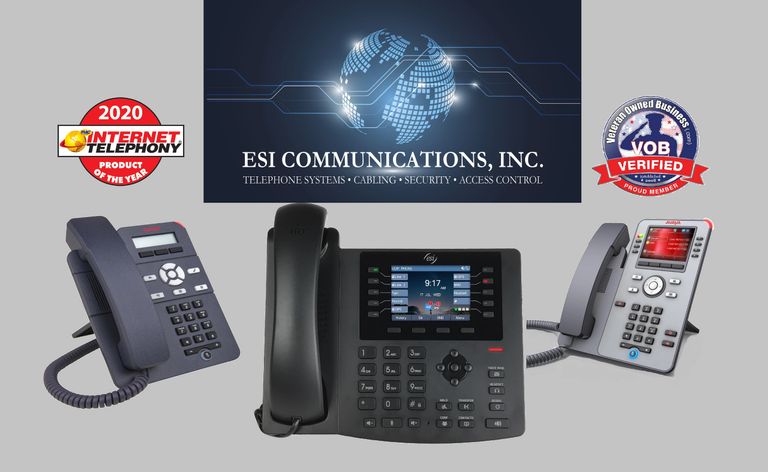 ESI Communications specializes in the design, installation, and maintenance of voice, security and data cabling.

Whether you are looking for just one additional outlet, or a large scale project, we can help. Choose from a wide range of data cabling solutions, from one-off cabling projects, to ongoing network infrastructure support. Our industry-leading expertise will give you total reassurance across a full range of installations, including:

make all the difference.

Get all your employees on the same page in a matter of minutes with a simple, secure Telephone System Solution. All the tools you need to connect your employees together, wherever they are, on whichever devices they need to get the job done. Features include:

The Right Device Creates the Right Experience Whether it's on premises, in the cloud, or a hybrid model,we've got you covered.

The Next Generation in Business Phones:

Paging Systems and Intercoms for all of your communication needs.

Security is a critical part of any organization.

Networks that Work: Our network  products support your IT needs now and into the future.

Made up of a wireless modem, a computer or two, phones, printers, tablets, etc., and revolves around one person in one building. Typically found in small offices or residences.

LANs connect groups of computers and low-voltage devices together across short distances to share information and resources.

Wireless Local Area Network (WLAN):  Functioning like a LAN, WLANs make use of Wireless network Technology, such as Wi-Fi. These types of networks don’t require that devices rely on physical cables to connect to the network.

ESI Communications Inc. began as part of Electronic Sound Inc. in the late 60’s. At the time, companies were not allowed, by law, to connect private telephone systems to the public telephone network. The public telephone network back then was Northwestern Bell Telephone. In the mid 1970’s things began to change, and Nebraska allowed companies like ESI to start connecting the privately-owned telephone equipment to the public network. Thus the term “Interconnect Companies” came into being.

From the late 1970’s into the early 1990’s ESI (then known as Electronic Sound) became one largest interconnect companies in Omaha! In the beginning of the computer networking rush, we began to install data cable to connect the desktop PC’s together to form a Computer Network. Telephone Systems and Data Cabling became the mainstay of Electronic Sound Inc.

In the late 1990’s, the owner of Electronic Sound formed ESI Communications Inc. as a division of Electronic Sound Inc. in order to prepare for the sale of both parts of the company. In 1999 Mark and Vicki Fenley, along with Jim Fischer, bought ESI Communications Inc. They shared ownership until October 2018 when both Mark & Vicki Fenley retired, and Jim Fischer took over as 100% Owner.

Over the past 20 years ESI Communications, Inc. has installed many Telephone Systems, as well as Voice & Data Cabling Systems, Door Access Controls, and Video Surveillance Systems in and around Omaha, Lincoln, and surrounding areas.

We’re approachable and practical, cost efficient and experienced, and we focus on your challenges to help you succeed with exactly the right cabling or technical solution. Over the years, we have built an enviable reputation in the industry by providing second-to-none, rapid and reliable services across all types of sectors in the Omaha Area and beyond. We offer many different types of services, which we provide to organizations both big and small.

Whatever your needs, from a large-scale cabling solution to a small specific task – our team will listen to your requirements, and offer you the most cost effective solution. We will assess what you need, quote you clearly and transparently, and assemble a highly professional team. Together we can minimize downtime, and achieve your objectives through outstanding cabling and technical installations. Call today for a free quote!

Message us on WhatsApp